VAST is a collection of ten short stories, themed on an exploration of consciousness and technology. In short, it is a fantastic collection of innovative, well-written stories that should 'tickle the imagination' of anybody interested in speculative fiction. If you'll forgive my quasi-pretentious meanderings, I feel the need to set the scene a little before jumping further into the review. If you'd rather avoid this, feel free to skip the next few paragraphs until the section on Chimy and Chris.
In 1882 Frederich Nietzsche wrote 'God is dead' in his parable of the Madman and set western thought on a century long path of introspection. In declaring the death of God, Nietzsche wasn't toppling any theological structures; he was pointing to the rubble of theological structures toppled long before he began to write. His interest was in the void left by God. Without an overarching deity, Nietzsche and many others believed that the vacuum in which humankind was left was an ethical one. The key question was without God, how are we to live? Fundamentally it was one of behaviour; where, if not from God, do we find the moral boundaries necessary to exist as people and societies?
It turns out Nietzsche ought not to have worried. Across the twentieth century human beings showed time and time again that life in a secular world wasn't the great puzzle it initially presented itself as. The idea that belief in God had supported morality was exposed as a fallacy. That's not to say belief in God wasn't underpinning something essential to the human condition; only that we misidentified what that thing was. What was being held up, and what was taken away, is the idea VAST seeks to grapple with: without God, what is it to be human? This is an ontological question, literally, as strange walking, talking, thinking things - what are we?
For a long time the answer to this question, 'what is it to be human?', could be traced back to Genesis; specifically Genesis 2:7. God forms Adam from the dust of the ground and 'breathed into him the breath of life and he became a living being'. From this was born Judeo-Christian dualism. A person is two substances; body and soul, united by God. The doctrine, fuzzy to begin with, was shored up by Plato and presented as a fait accompli by Descartes centuries later. It was comfortable and satisfying.
Then God died and science was born (ironically assisted, in no small way, by Descartes himself) We didn't notice any difficulties for a while and science co-existed with dualism happily. Yet as science progressed, cracks began to appear; first Phineas Gage suggests an inextricable link between brain and mind, then comes Freud, Jung and experimental psychology, followed by Turing and computational models of the brain, evolutionary biology to artificial intelligence and so on.
Reeling under the assault, dualism is almost defeated. Almost. Yet it persists. And herein is the tension of a work such as VAST.
The question, 'What is it to be human?' is an ontological one. What does it mean to be a thinking, remembering, experiencing entity such as ourselves? The cornerstone of our identity, laid down thousands of years before, is yanked away and suddenly we must tentatively feel for new answers. This is how I read much of VAST, as an exploration of ideas, sometimes competing, sometimes overlapping, of what it is to be a conscious being in a technological world. 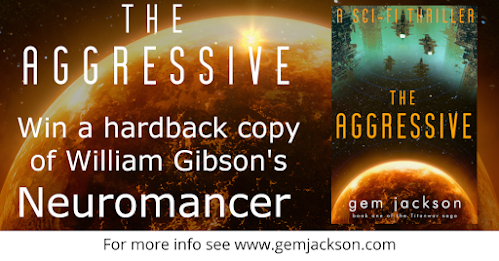 In the opening story, Chimy and Chris, Stephen Oram sets out a wonderfully novel retelling of the brain in a vat analogy, riffing on the basic materialist position of matter = mind, before twisting sharply and subverting such a traditional idea. Similarly, Sergio Palumbo (The Weight of Your Mind) presents a different presentation of the materialistic model, narratively spanning neuroscience, quantum physics and dreams.
These stories sit in tension with dualistic presentations of consciousness, such as Peter Burton's Every Aspect of Every Recollection, a bold exploration of consciousness free from the tethers of a linear, or even a single, timeline. Reading the stories next to each other, it is easy to appreciate how the desire to identify our minds entirely with our bodies is held in check by the special qualitative nature of what it is to be conscious. Jonathan D. Clark provides a wonderful micro-study in what it is to see something in his deceptively simple story, The Video. The story contrasts seeing a video for the first time against every single repeated viewing afterward, where the outcome is known, and in doing so, captures the essence of what it is to experience in the moment. For a bit of fun, I suggest reading it a second time, knowing the end of the story for a bit of recursive philosophical humour.
I particularly enjoyed Ellinor Kall's The DreamCube Thread, with it's playful use of form balanced against an interrogative line of thought about the nature of thought itself and the interconnectivity of minds. This represents everything I love about speculative fiction. It's an enjoyable read that's simultaneously intellectually satisfying; think Terry Pratchett pontificating on socio-economic theories through Sam Vimes and his cardboard-soled boots.
Whether you like your spec-fic cyberpunk (J.R. Staples-Ager's Little Thief), mystery (Thomas Cline's Limited Infinity - probably my favourite overall) or cli-fi oriented (Juliane Gaef's Ancestors), there will be something in here for you to enjoy and get your teeth into. And if something isn't your bag, move on to the next story; there are ten, all different, yet interconnected into a satisfyingly coherent package. Editor C.R. Dudley deserves credit for bringing together a disparate set of narratives that all drive at the same ephemeral question from a variety of directions and in a way you could almost believe that they were written alongside one another rather than by independent authors around the world.
As a final note, I would say something about formats. Many stories exist as simple consumables - the narrative exists to be read and enjoyed and that's it. Nothing wrong with that. In such cases, I'm happy to consume in paperback or on my Kindle. I'm not fussy. In this case, however, the stories benefit from being consumed and digested - if that makes sense? As such, my recommendation is to invest in the paperback. It feels to me like having a physical copy of the stories helps me form a stronger connection to them than I would get in a purely digital format, where I can't flip back and forth as easily. Maybe there's something in that or maybe it's simply a reflection of my own position on the mind-body problem. Who knows?
Buy VAST here: