Everyone loves a bad guy, right? But what makes convincing, engaging villains that readers will love to despise? As with a lot of things the answer is easy to identify but difficult to achieve. In this post I’ll examine three core characteristics of what I believe makes a great villain and suggest ways to go about achieving this in your own work.

Number one - Villains are ruthless and unfair.

I spend a lot of my time working with teenagers. This has taught me a number of things from don’t ask questions you don’t really want the answer to (“I’m sorry Jimmy, is this lesson boring you?” “Yes, sir, it is.”) to teenagers are brutally honest (“You’re alright sir, but we prefer Mrs X” - ouch). Perhaps the most important lesson I’ve learned concerns the importance of fairness. A sense of fairness cuts through each of us to our very core.

Fairness is especially important for children and teenagers as they have so little control over their own lives. Children don’t generally get to choose where they live. They don’t usually get to choose what time they wake up or go to bed. They don’t often get to choose what food to buy at the supermarkets, or what meals are made on each day. School is largely compulsory and run according to a rigid timetable. Seats are allocated. Breaks defined by bells and buzzers. The thing that gives most people the freedom to express themselves, money, is in short supply for children.

Given this relative powerlessness, children are acutely sensitive to what is fair and unfair - largely as they have so little control over it. I don’t think this ever really leaves us. John Donne famously wrote that ‘No man is an island’. What he was getting at this that each of us is dependent on others.

We all experience points in our lives where we are vulnerable and powerless and at the mercy of another person’s sense of fair play. This, I believe, is the sweet spot for villainy.
A compelling villain is one who pokes the reader in their sense of injustice. Make your villain do this and you will push the reader from mere distaste to proper outrage. And what do we know about outrage? It’s fascinating. Outrage fuels news stories, celeb magazines and twitterstorms. Outrage sucks us in and makes us incapable of looking away. A good villain, as everyone knows, is fascinating.

Let’s examine this in a little more detail. How might we go about achieving our outrageous, fascinating villain?

I would argue that the basic principle is that villains should seize the chance to inflict harm on others when ordinary people could be counted on not to. The vast majority of people, when faced with the weakness of others, respond with compassion, or at the very least, indifference. Villains don’t, they respond with ruthlessness.

The reasoning for this seems almost counter-intuitive. Villains exists because most people are generally nice. In any community most people can be counted on to generally get along with each other. This is nicely illustrated by the fact that most developed countries have roughly one police officer per 450 people - at any one time 99.8% of people can be relied upon not to be an utter destructive bastard. That’s why they stand out; villains appear bad because most people are good.

Our villain represents the 0.2%. If you think this is a dodgy argument, look up the stats. Human beings, much as most people don’t believe it, are generally lovely. Compare the murder rates of different mammals. Go ahead, Google is just one tab away...seriously, give it a go... done it? Scary, eh? Who would have thought meerkats were such murderous bastards?

What does this mean in practise? It means that when a character is placed in a position of vulnerability, the villain does what the 99.8% would not do. In the Harry Potter series, Voldemort is a villain not so much because he wants to rule the world, lots of people want to do that. Voldemort is a villain because when he feels threatened by a helpless baby, he tries to murder that baby without hesitation. Bellatrix is a villain because she doesn’t just kill and torture people, but she taunts them when they’re at their most vulnerable - “I killed Sirius Black!”

Similarly, in Dune, we learn that Vladimir Harkonnen is a villain by how comfortable he is torturing Dr Yeah’s wife, Wanna, for a year simply to break his imperial conditioning. He identifies Yeuh's sole weak point, he exploits it to cause Yeuh pain and then he keeps on pressing that sore point until Yeuh breaks. Ruthless.

The vast majority of people look after strangers who are important to those we know. They don’t exploit our emotional connection. Villains do. Moreover, a great villain doesn’t do this reluctantly, they exult in it. They take pride in it. This alien response to vulnerability makes them frightening, unpredictable people. They don’t act in the way we expect and this triggers a strong negative emotional response towards us. We. Don’t. Like. Them.

Number two - Villains aren’t nice people (at least, not to everyone)

This really surprised me when I started reading around for this post. A lot of advice out there seems slanted towards encouraging writing to make the villain relatable. We should, it seems, show what drove our antagonists to their current, evil state. They should be ordinary, relatable folks made bad. I don’t agree. I think they should be really nasty bastards.

Villains are cruel. They are vindictive and nasty. They take pleasure in the suffering of others and their own aggrandisement at the expense of others. We shouldn’t shy away from this. We shouldn’t dilute it.

I think the risk is confusing a relatable villain with an anti-hero. Or even worse, a plain old hero. Jaime Lannister is a good example. At the start of the series, books, TV, take your pick, Jaime is a genuine villain. A bad guy. He pushes a small child out of a window, as far as he knew, to his death. Compare and contrast this with the Jaime Lannister we get later on - caring, compassionate, principles. Yes, he is the Kingslayer, but that action is justified - he was defying the Mad King! This is a personality transplant, not character development. It does not make for a good villain.

A good term might be Shellshtrop Syndrome. In the Netflix series The Good Place, we are presented with Eleanor Shellstrop as being a bad person in the good place. But this isn’t true. At best she is a rude person. An impolite person. She isn’t bad. We are shown her defying social norms, but she doesn’t go out of her way to harm people. She isn’t ruthless. This is necessary for the show, because, as the protagonist (I appreciate she isn’t a villain), we ought to like her. We can still relate to her because when the chips are down, when push comes to shove, she is fundamentally a good person. This is the case with later Ice and Fire Jaime Lannister. To make them relatable, these characters have to be
fundamentally good. Villains should not be good.

I’m not suggesting villains don’t get a past or a motivation. I’m suggesting that their motivation should be one that we can’t relate to. They should remain a part of the 0.2%. We should find them alien and wrong.

Three - Villains typically believe they are trying to do the right thing.

I think this is the point that a lot of advice in this area is really trying to make. Just because a character is a villain doesn’t mean they aren’t, in themselves, trying to do the right thing by their own sense of morality and logic. However, a convincing villain shouldn’t abide by the same logic as everyone else. There ought to be a twisted, malformed image of our own moral sensibilities. What do I mean by that?

Villains should have a rationale for their actions, but not one that most others would agree with. A very common example of this is a ‘greater good’ justification. This is rooted in the philosophical idea of utilitarianism - in any given situation, the right thing to do is that which maximises overall happiness and minimises overall suffering. Now, one of the first things new moral philosophy students learn is that the utilitarian approach can ultimately be used to justify all sorts of terrible actions if the stakes are high enough. Would you murder an innocent baby? Of course not...but what if, through some peculiar twist of fate, the lives of a million innocent people depended on the child being killed? Well, surely then there is an obligation to kill? Right?

So it is that Thanos justifies the ‘snap’. So it is that a thousand other villains justify starting wars, bombing innocents and so forth. However, the truly villainous will take this kind of justification and twist it.

I’m going to leave this last point here as, frankly, I could, and probably will, write another two thousand words on this at another point. 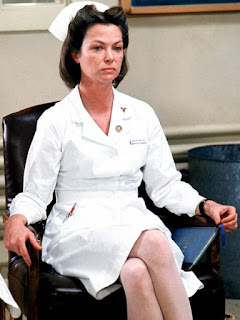 I want to finish with a case study of a superlative villain who exemplifies all the qualities I’ve argued for: Nurse Ratched from One Flew Over the Cuckoo’s Nest. She is an intensely dislikable and effective villain. Why? She is in a position of power over a group of vulnerable psychiatric patients. She exploits that power ruthlessly and repeatedly. She doesn’t do so reluctantly or as a last resort, she embraces it. And she absolutely believes she is entitled to do it for the purposes of running an orderly and calm ward, no matter what this entails for the patients themselves. Nurse Ratched - I salute you.

So, in summary, make your villains unfair, make them ruthless, make them nasty people and make them full of a sense of their own rightness. Happy writing.